I got together with a friend in San Francisco yesterday, who told me that it was "Kouign Amann Day" and we should go celebrate.  I said, "Is Queen Aman a transvestite, or the wife of a middle eastern potentate?"

Once he told me the spelling, I realized (thanks to Trader Joe's selling them frozen) that Kouign Amann are in fact a deliciously flaky pastry.  In my head they're sort of a cross between a coissant and a danish or cinnamon roll.  I'm sure Dominique Ansel wishes he'd invented them.

Anyway, who am I to deny Kouign Amann its day?  So we headed to b. patisserie to partake in the goodness. 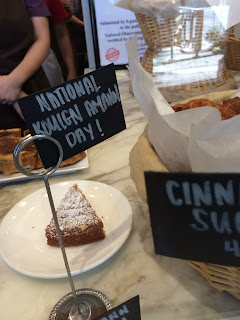 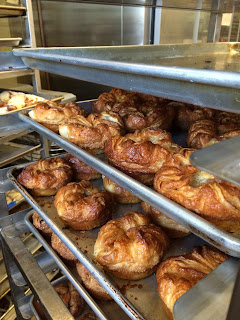 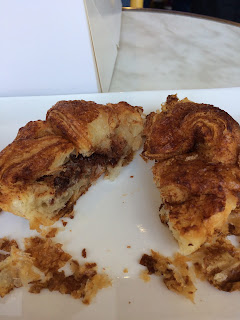 Like Shark Week, this is an artificial, made up holiday that I can wholeheartedly endorse and support.
Posted by GothamJoe at 5:00 PM