Cooks Illustrated Magazine.  I love it dearly, have been a subscriber for well over a decade now.  But I'd be the first to admit that they publish ridiculously fussy recipes on a regular basis. For every life-changing "almost no-knead bread" recipe, there are three that are more along the lines of 48 hours of prep to make french fries.  And even the almost no-knead bread recipe decided you should knead it just a bit.

The latest case in point is the whole-wheat pancakes recipe in the last issue.  On the surface, it's pretty reasonable--the article talks about how bran and other stuff in whole-wheat flour breaks up gluten, making for a more forgiving pancake batter that you can beat the heck out of and still have good results.  But the punchline is that whole wheat flour also develops off-flavors far faster than white flour, since the bran and other stuff oxidizes pretty quickly.  Therefore, says Cooks, you should make your own flour, by finding wheat berries and blitzing them in a blender for 3 minutes, and then make the pancake batter from there.

"Right," thought I.  "That's insane.  Make your own flour...  Crazy Cooks Illustrated, I'll never do that." 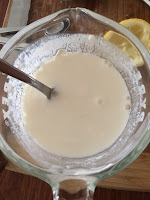 So, today I did.  First off, I made a buttermilk substitute, since buttermilk is not something I use much at all.  (Add lemon juice to regular milk and let it sit a bit, it gets thick, slightly sour, and acidic). 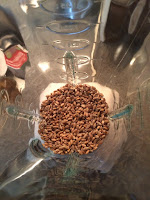 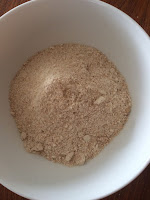 But, sure enough, a thorough blitzing (3 minutes' worth) and it looked pretty flour-like. 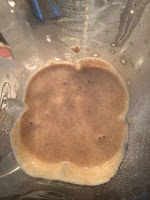 The rest of the batter gets made right in the blender, and is pretty straightforward, even easy--though I was a bit concerned during a lengthy blend of the flour and the buttermilk that the nice vortex that was supposed to form was more a solid glob, and the motor was starting to smell seriously overtaxed.

And here's the finished product in all it's pancake-y glory.  The thing that irritates me about Cook's Illustrated is not that they're fussy so much as they are so often correct in their fussiness.  These were delicious, and not all that much more work than ordinary pancakes would be.  And I can say I made flour this weekend. 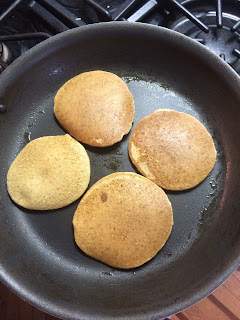 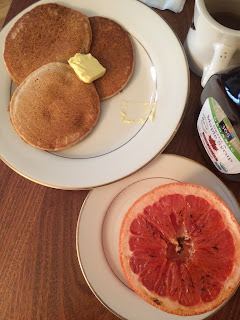 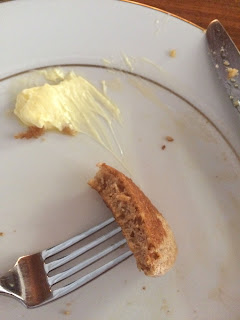 Posted by GothamJoe at 9:20 PM